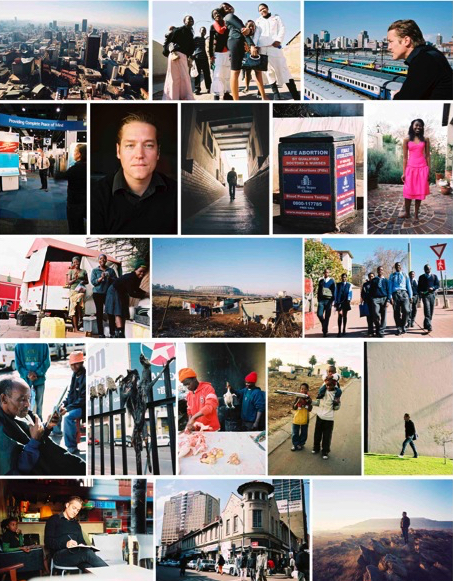 Dear Frankfurt audience,
As the composer of this piece I wanted to write you a letter. I spent four weeks in Johannesburg in June 2008. Before I went there I did not really know much about the city, except from that everybody was telling me that it was an extremely dangerous place, and my mother was very worried before I left.

My original idea with this speech was to read some of my notes from my diary, that I wrote when I was there, but it was just too embarrassing. I really wanted this part to be a little bit over the top, but it was just too much – even for me. It was just so completely self-centred. Page up and down about how frustrated I was because of practical problems with my commission for Donaueschingen, and the usual self-conscious bullshit you write after four glasses of wine.

One of the most striking aspects of the city Johannesburg, for someone who comes from Norway, is the security precautions. As a tourist, you are not recommended to go anywhere on your own. There are walls absolutely everywhere, and electric fences with razorwire on top. So you spend a lot of time behind walls and fences, and even though my schedule was completely full during the daytime, it was not recommended to go very far after dark. So I sat there, behind my electric fence, and had much time to reflect. And I guess this is important for the piece, somehow.

I must admit I got really interested in security while I was there. I started to notice the difference between different kinds of barbwire and electric fences, and became quite an expert. I even had the chance to visit Securex 2008, the biggest security fair in South Africa. That was really crazy. Mostly because I realized that insecurity, unpredictability, is such a big part of peoples everyday life.

Insecurity is also a big part of my life. In this piece, for instance, one of the things I am most insecure about is the title. For a long period the piece was called Johannesburg Notebook, a reference to my diary. After that I called the piece Johannesburg Fanfares. The idea was that it was some kind of celebration, Inverted fanfares for the small stories of Johannesburg. I actually like the title quite a lot. Maybe I’ll change it back. Johannesburg Hymns is also ok, it is more reflective. But also kind of pretentious.

I am also insecure about the material I use, I it is very banal. And after the premiere in Berlin yesterday, I also realized that middle section of the piece is a little too long. And then the simple trick with the Vuvuzelas. I like to think of the Vuvuzela as an important political symbol, but I realize that a lot of people would think of them as a gimmick. But anyhow, they represent an unstableness and unpredictability in the sound that I like.

Well, these are obviously some potential weak aspects of my composition. A lot of people would also say that this letter is completely unnecessary. That could be true. I don’t know, from time to time I feel frustrated over music. But you know, I also love music. I am ambivalent. To express this ambivalence really explicitly I decided that the piece needed a speech. A resignation, if you like. I didn’t decide the content though. When the rehearsals started on Monday I really didn’t know whether I would keep it or not. But I think I Iike it, after all. Thank you very much for your time. You will now hear the last Johannesburg Hymn. A quartet for double bass, alto-flute, viola and CD-Player. It is even more sentimental than what you’ve heard until now. 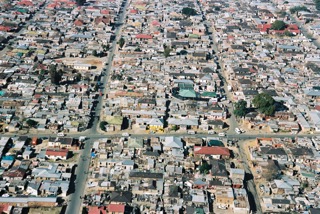 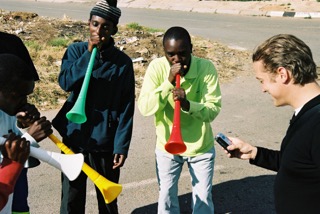 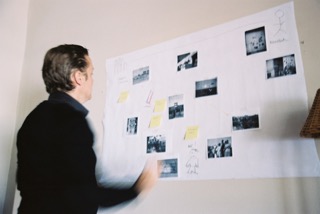 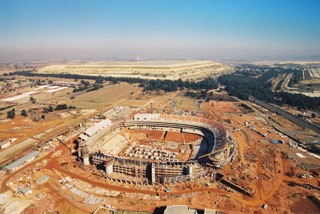